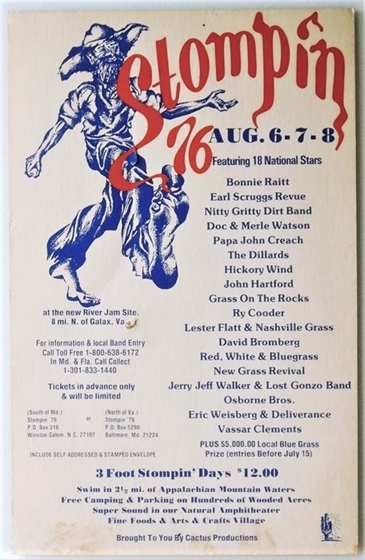 Designer/printer unknown/not credited, extra-thick cardboard stock poster is in good/decent/used (B to B/B-) condition; there are nail holes in the top/bottom center margins, along with a pair of fairly pronounced staple pull indentations below the "S" of "Stompin'" and just to the right of "Galax, VA", a large curved vertical crease in the hilbilly's leg, a small pressure indentation in the left margin, a bit of surface dirt along the bottom margin, a light amount of toning and a few tiny pin-prick surface chips here and there, otherwise fine.