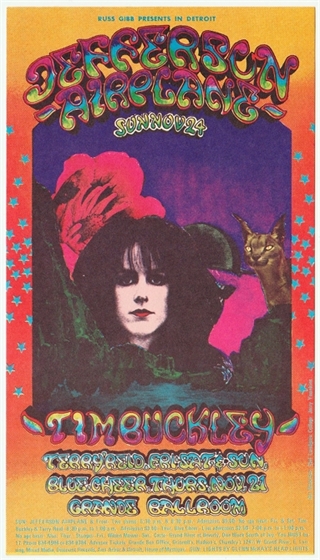 Medium thin flat vellum stock card is in near mint (A-) condition; perhaps there are a couple of soft handling dings hiding within the image area, but that's just about it.... a VERY sharp example of this highly evocative Grande card featuring a stunning portrait of Grace Slick.

Apparently a couple of Grateful Dead members showed up on Sunday and jammed with the Airplane;