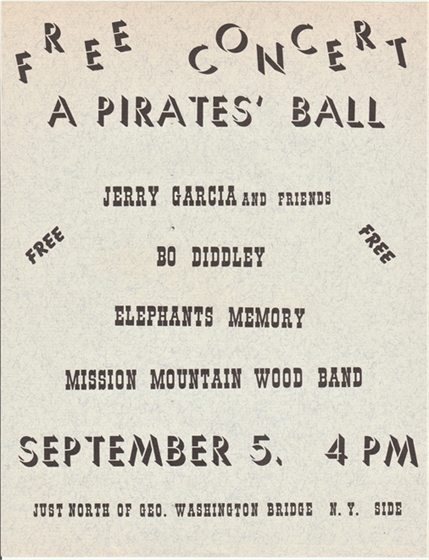 Designer unknown, thin flat semi-textured stock flyer is in mint/near mint to near mint (A/A- to A-) condition; there may be a couple of soft stray pinch dings here and there, but honestly this example really can not be improved upon... the nicest one of these I have EVER seen.