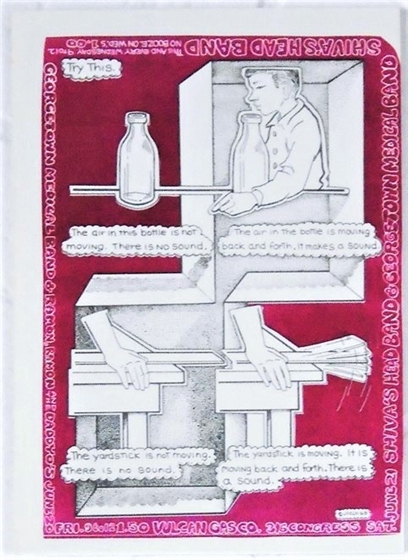 Thin flat stock flyer is in near mint (A-) condition; other than a VERY soft (nearly-invisible) bend in the upper right corner and a couple of tiny dings in the lower right margin, it is a very clean/sharp example of this strange mid-1969 JFKLN Vulcan Gas image.