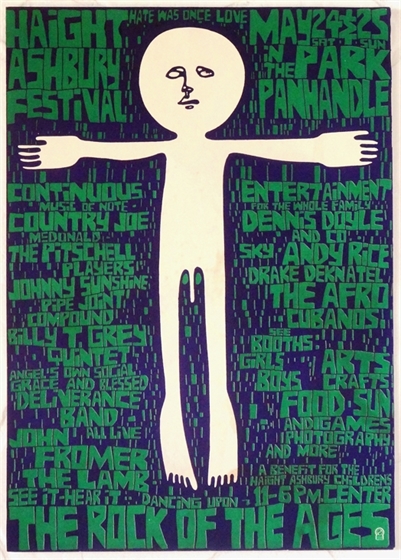 Medium-thick flat vellum stock poster is in decent (B/B-) condition; most of the damage on this example is on the reverse side- it was glued to something at one point (a wall, maybe?), and the removal process caused several decent sized-pulls/thinning of the paper in a couple of areas (especially around where it says, "Pitschell"), along with leaving behind a couple of rather large glue residue stains and a pair of large moisture stains... definitely a bit on the worn side.

The front of the poster displays a bit of light spotting/subtle aging in the white figure, plus a small; 1" diagonal bend in the upper right corner, a few stray edge dings/corner-tip bumps, slight moisture warping to the paper, several tiny dings and creases hiding within the image area and a couple of ULTRA-tiny pin-prick holes around "Pitschell" from the pull on the reverse, but it doesn't look that bad all told- it still displays pretty nicely.

While this example may have seen better days, it still has a very charming look to it. Great period piece with really cool lettering.