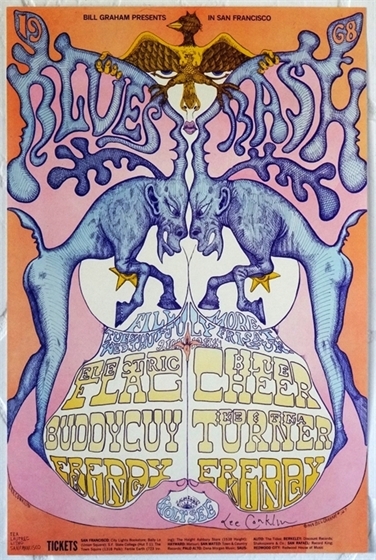 Medium-thick flat index stock poster is in VERY sharp near mint (A-) condition; aside from a nearly-invisible handling ding or two hiding within the image area, a trace of mounting tape residue and a tiny pull on the reverse, it is a virtually flawless ARTIST-SIGNED example of this classic mid-'68 Lee Conklin poster from the newly christened "Fillmore West".