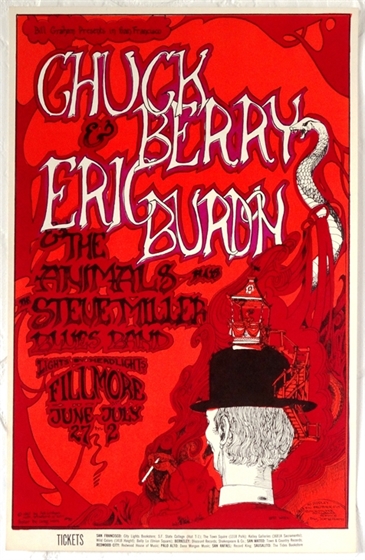 Original 1st printing 14 x 21&3/4" concert poster for Chuck Berry appearing with Eric Burdon & the Animals and the Steve Miller Band at the Fillmore Auditorium in San Francisco, CA from 6/27-7/2/1967.

Art by Greg Irons, image is # 70 in the Bill Graham/Fillmore series.

Several of Chuck Berry's sets (backed by the Steve Miller Band) from these shows were recorded and released later that year as "Chuck Berry Live at the Fillmore Auditorium".