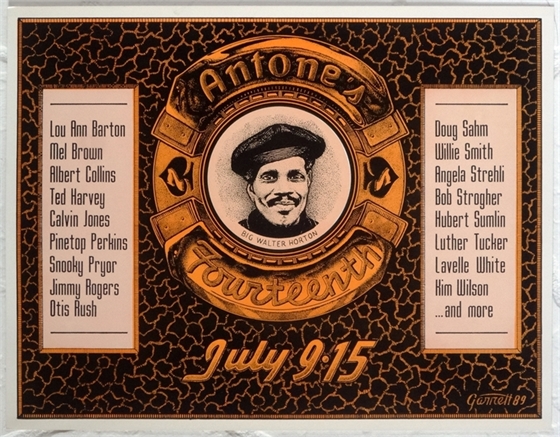 Art by Danny Garrett, medium-thin glossy-coated index stock poster is in near mint (A-) condition; nothing more than a few stray fingerprints and a tiny corner-tip bump or two, otherwise it is pretty much as sharp/clean as they come.