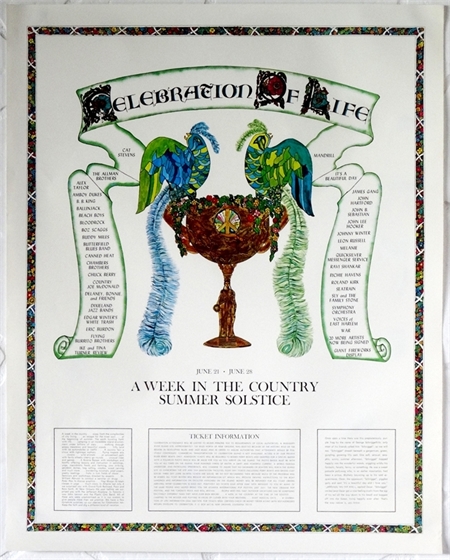 Medium-thin glossy stock poster is in near mint to excellent (A-/B+) condition; just a few tiny edge crinkles/creases along the left/right margins and a couple of stray soft pinch dings here and there, otherwise fine.

Semi-uncommon festival item from a mostly-forgotten (for good reason, apparently -it was a completely disorganized mess) event from the same group of promoters that put on the Atlanta, Toronto and New Orleans Pop Festivals. *This is the second state/version of the poster with Cat Stevens and Mandrill added at the top of the left/right banners.