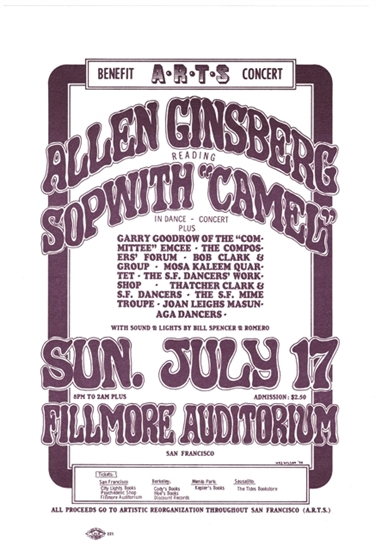 Art by Wes Wilson, image is not part of the numbered Bill Graham/Fillmore series (this show falls on the day after the BG 17 shows) and appears in the Art of Rock on page 152 (plate 2.75) in the "Fillmore Auditorium Benefits" chapter.

Thin flat stock handbill is in near mint (A-) condition; aside from a nearly-invisible soft pinch ding in the upper right margin, it is a mostly-clean example of this fairly early Fillmore benefit handbill with a great Wes Wilson design and a wildly eclectic "only-in-the-'60's" lineup.