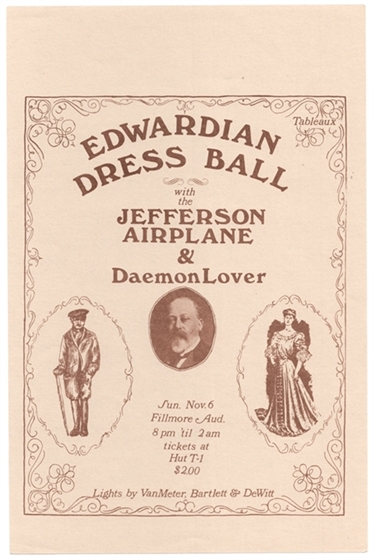 Designer unknown, image is not part of the numbered Bill Graham/Fillmore series (this show falls on the same date as the final show of the BG 35 Muddy Waters show), and is a scarce campus-only-distributed alternate to the more ubiquitous Mouse image featured on page 154 of the AOR.

Thin flat stock handbill is in near mint (A- to A-/B+) condition; really nothing more than a couple of almost-invisible soft handling dings hiding within the image area and that's pretty much all there is to speak of- a VERY sharp/crisp example of this somewhat hard-to-find oddball 1966 Fillmore handbill.